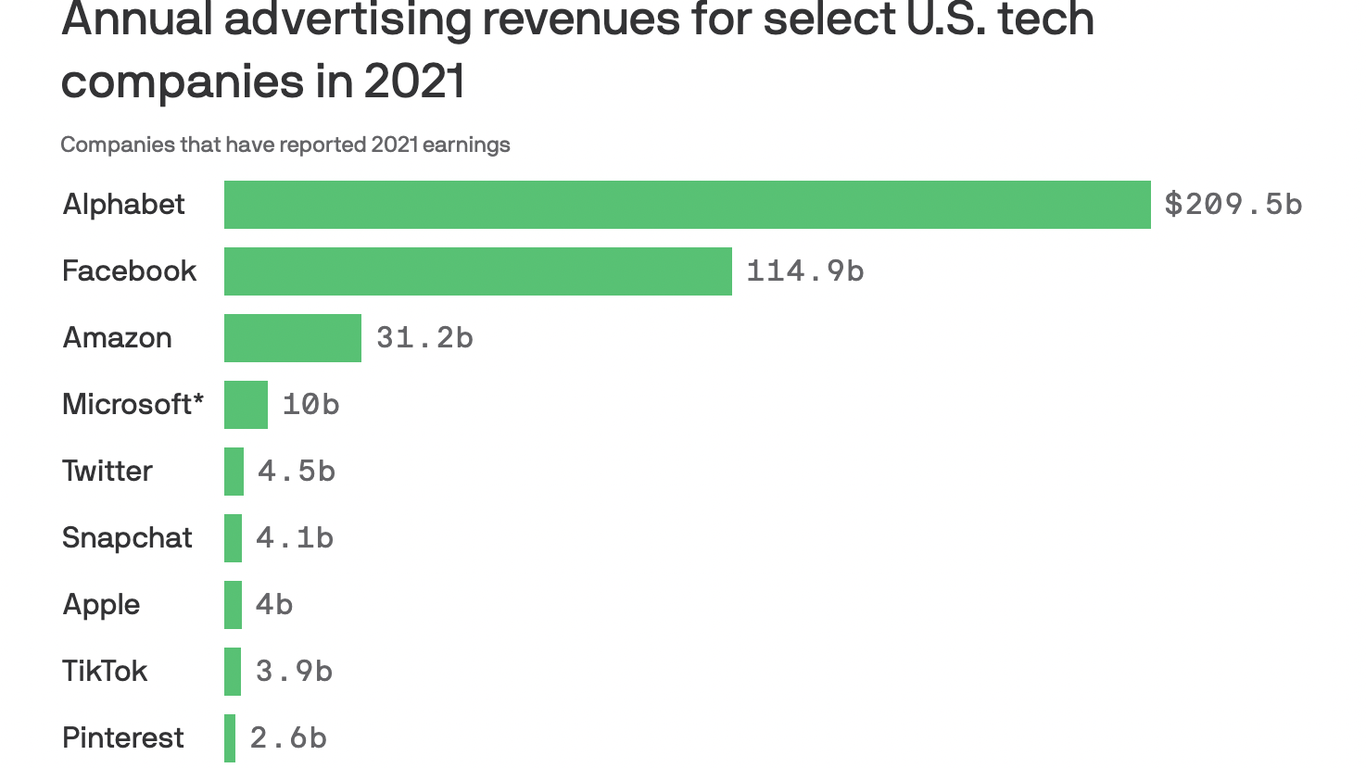 The big picture: In the middle of a broader downturn in the online ad market, Apple’s move to limit how apps track user behaviour kneecapped competitors like Meta, even as users embraced it.

Why it matters: Apple has long touted a privacy and security advantage for its products over alternatives like Google's Android and Microsoft's Windows. But the simultaneous rollout of Apple's ad expansion and privacy changes has stoked criticism and could draw the attention of antitrust regulators.

Between the lines: The company has reportedly begun reorganising its services team — the internal division responsible for making money from apps, media and other “soft” products — to cushion its business as growth slows in hardware sales.

By the numbers: Last quarter, Apple said it made $19.6 billion from services like advertising, the App Store, Apple Music, iCloud, Apple News, Apple TV+ and Apple Pay — representing nearly 25% of its quarterly revenue.

Catch up quick: Apple’s ad business began to boom following changes it made last year to its app tracking policies that made it easier for iPhone users to opt out of being tracked across other apps on their phones.

Meta has waged a huge lobbying campaign against Apple’s changes, arguing they make it harder for small businesses to find customers.

Between the lines: Apple began pushing privacy long ago, but it landed heavily on the selling point in the wake of Facebook's many data spills and privacy calamities, including the Cambridge Analytica scandal.

Be smart: Apple’s biggest source of ad revenue is search advertising. Data shows that Apple’s privacy changes have significantly shifted ads that promote app downloads from companies like Meta and Snapchat to Apple.

What's next: So far, regulators have yet to pay too much attention to the issue.