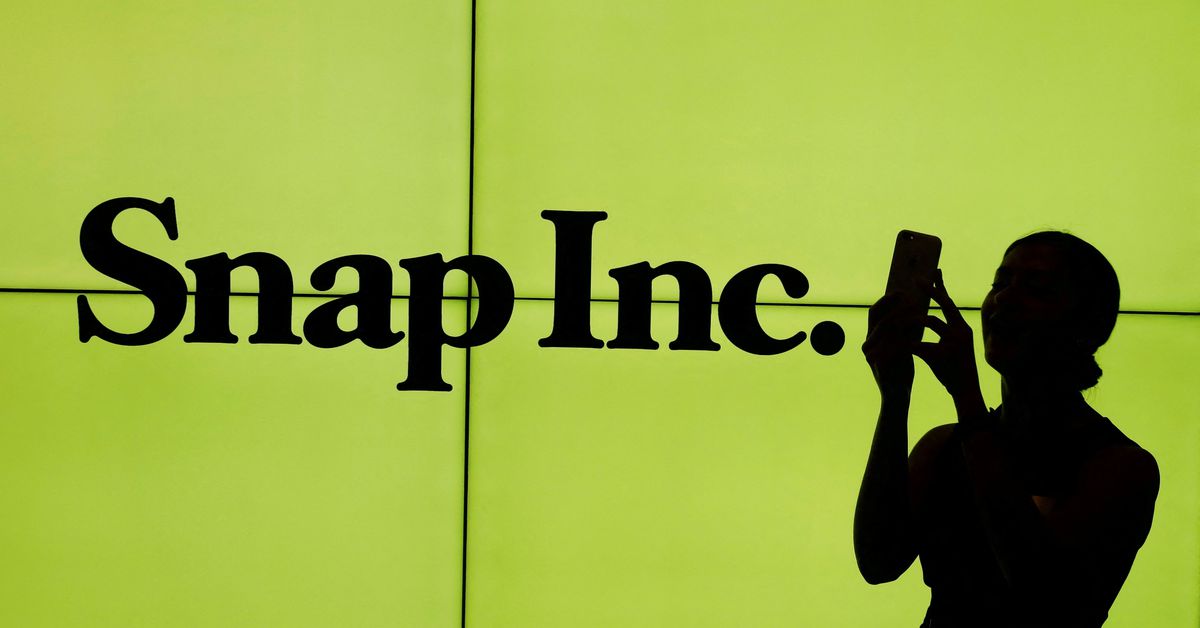 A woman stands in front of the logo of Snap Inc. on the floor of the New York Stock Exchange (NYSE) while waiting for Snap Inc. to post their IPO, in New York City, NY, U.S. March 2, 2017. REUTERS/Lucas Jackson

Snap's poor report also hit other growth stocks, with Spotify Technology (SPOT.N), Shopify and Roblox (RBLX.N) down around 3% each after hours.

With Twitter suing Elon Musk to force the billionaire to make good on his April promise to buy Twitter for $44 billion, many investors view Twitter's stock as a wager on the outcome of that upcoming legal battle, and less as a reflection of the company's current fundamentals.

Twitter is set to report its quarterly results early on Friday, but the micro-blogging platform has canceled its traditional call with analysts, pointing to Musk's “pending acquisition”.

But that user growth comes as the customers of social media companies face inflation at 40-year highs and brace for a potential economic downturn, an environment where brands spend less on advertising and apply greater scrutiny to how they spend their advertising dollars. read more