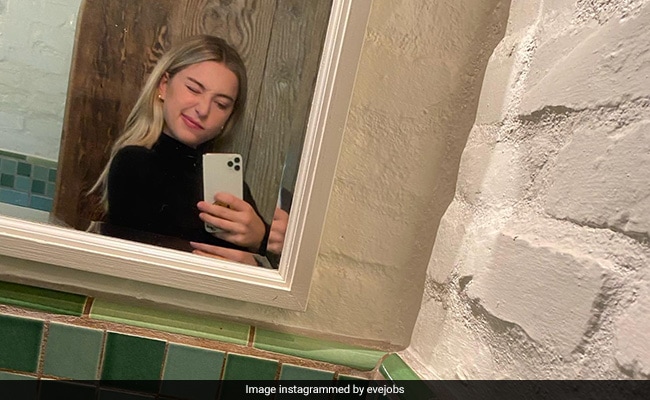 Apple unveiled the new iPhone 14 series on Wednesday night, and as soon as the phone was launched, many on the Internet sparked a meme fest and started comparing it to the iPhone 13.

One such person to participate in the ‘troll fest' was Apple founder Steve Jobs' daughter Eve Jobs who shared a hilarious meme mocking the new launch. Eve took to Instagram to share a viral meme on her story. The meme shows a man posing with a shirt identical to what he is wearing in the photo. And above the photo, the text reads, “Me upgrading from iPhone 13 to iPhone 14 after Apple's announcement today.”

Talking about the similarities between iPhone 14 and 13, the appearance and feel of both phones are pretty similar. The twin camera configuration on the back side is still present, as are the 6.1-inch form size and flat side design.

The iPhone 14 pro series, however, have pretty significant new features. With a new A16 Bionic CPU and an eye-catching notch, the iPhone 14 Pro significantly differs from the iPhone 13 Pro in terms of design and base hardware.

Sporting the new faster A16 Bionic chip and an always-on display, these new smartphones, which come in 6.1- and 6.7-inch options, have a new pill-shaped cutout that houses Face ID, selfie camera and privacy indicators. It's a replacement for the notch and can adjust dynamically.

With the new A16 Bionic chip, which has a six-core CPU housing two high-performance cores that use 20 percent lower power and four efficiency cores, the company is focusing on power efficiency, display, and camera.

The proximity sensor has been shifted behind Apple's display, with notifications popping out of the cutout in an animation. Apple calls this system the Dynamic Island as notifications and alerts will adapt and move around the pill-shaped notch.

Apple has also incorporated a limited type of satellite communication into new iPhones, allowing users to send an SOS even when disconnected from the internet, with no dish necessary. While it does not allow average data, phone, or text communication, it will notify emergency agencies of your situation and position.

iOS 16 will be launched on September 12.

(Except for the headline, this story has not been edited by NDTV staff and is published from a syndicated feed.)