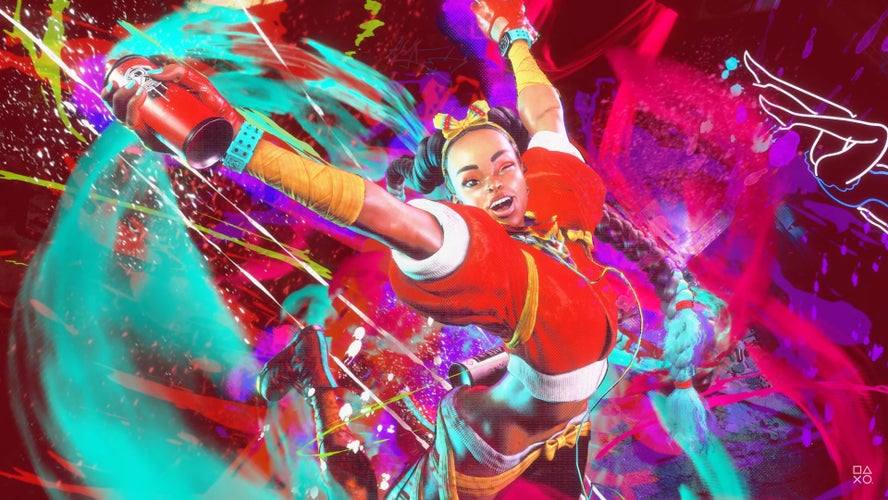 I’ll cut to the chase: Street Fighter 6’s closed beta was the best fighting game beta I’ve ever played. And I’m not even talking about the quality of the game – even though that, too, is good. I’m talking about everything from the presentation, to the stellar netcode, to the gorgeous battle hub, to the ease of finding matches, to the sheer number of options and modes accessible, most important among those being a training mode, which really should be standard at this point in fighting game betas. Street Fighter 6’s closed beta, checked all the boxes, added new ones, and checked those too.

Let’s talk about the actual game first. I’ve gotten to play Street Fighter 6 at some gaming events over the last few months, and the strong first impression it left has more than held up now that I’ve played many hours of the beta. Street Fighter 6 feels fantastic. It’s hard-hitting, fast-paced, and powered by an excellent Drive system that opens up a whole world of new tools and options for every character.

One of my big takeaways from my time with the beta was how much I loved the Drive Rush mechanic. Basically, you can execute a quick green glowing dash at the cost of one bar of the Drive meter and perform any move out of it. This was a vital technique when facing off against Guile players, especially those keen to spend the whole match a full screen away, pelting me with Sonic Booms all day. Drive Rush offered me a surprisingly quick way to close the distance, land either a throw or a sneaky low attack to catch them off guard, and put myself in a more advantageous position.

And that’s just one use of the technique. For three bars of your Drive meter, you can use a Drive Rush to cancel out of certain attacks to continue a combo. For example, if I hit an opponent at midrange with a poke that normally wouldn’t combo into anything, I could use a Drive Rush cancel to dash in and convert a combo off of something I normally would have just gotten a single hit off of. The whole system lends a ton of flexibility to Street Fighter 6’s combo system, and I can’t wait to experiment more with it once I get my hands on the full game.

Then there’s the Drive Impact. This maneuver will be the make-it-or-break-it point for people regarding how much they enjoy Street Fighter 6’s fighting system compared to other entries. Drive Impact is an extremely powerful strike that can muscle through up to three normal hits to deal a devastating blow that will crumple an enemy and leave them open for a full combo. More than that, it can also be used against a foe in the corner, and even if it's blocked, it will bounce them against the wall and still give you a combo opportunity. It’s a move that you will love when it works in your favor, and despise when used against you. I’ve gone back and forth on how I’ve felt about Drive Impact throughout the beta, and ultimately, I ended up in a place where I appreciated what it brings to the table.

It’s an extraordinarily powerful technique, but there is still counterplay to it. Its slow start-up feels just long enough to be reactable, and if you can respond to it, you can use your own Drive Impact to absorb their strike and punish them with a full combo of your own. It can also be jumped over and punished, parried and punished, or if you’re able to jab it three times quick enough, you can break its armor and punish it. There’s also an inherent mind game at play when you get put in the corner: because it is so strong, people are more likely to try and use it to get that wall splat, so you can be even more ready to try and react to it. Of course, if you’re too focused on trying to react to the Drive Impact, you’re vulnerable to everything else. Being in the corner is very dangerous in every fighting game, but Drive Impact makes it especially harmful.

There were eight characters available to play in the beta: Ryu, Chun-Li, Jamie, Luke, Kimberly, Juri, Ken, and Guile, and while I put in a little bit of time with all of them, the two characters that I gravitated towards ended up being Ken and Juri. Ken is wildly different from his Street Fighter 5 incarnation, complete with two brand new moves, a new command run that alters the properties of several of his special moves, and seemingly less reward for being reckless, as many Ken’s tended to be in Street Fighter 6. Most of his big combos now involve making special moves out of his command run, which adds a little more complexity to his combo routes than other characters but makes up for it by the fact that they look sick as hell and deal a ton of damage.

Ken is wildly different from his Street Fighter 5 incarnation.

As for Juri she also has had some pretty substantial changes to how she plays: She no longer has to build charges to use certain special moves – instead, she builds charges to enhance them. Her low projectile goes much further when charged, and she can directly cancel from move to move when she’s got charges loaded. Her throw also has absurdly good range, and while I didn’t get to mess too much with it during the beta, her level 2 super seems to give her crazy combo flexibility and damage while it’s active.

Here are all the official Street Fighter series games, from the very first bout to the upcoming Street Fighter 6. Log in to track which ones you've played, finished, or want to add to your backlog.

The beta was also our first time getting a look at Street Fighter 6’s ambitious Battle Hub: An online hub where players can create their avatar and wander around a virtual arcade, pull up on an arcade cabinet, challenge another player, or just claim a cabinet of your own and wait for someone to challenge you. This alone is not a new idea – Arc System Works games have been doing avatar-driven online lobbies for years – but it’s never been done on a scale quite like this. For one, the avatar creator is ridiculous, with players being given the power to go as wild as they want with the proportions of their characters, making it fun to simply walk around the hub and laugh at their utter monstrosities come up with.

Beyond that, fun emotes let you mimic special moves from the game. There’s a photo booth, a shop for you to purchase new gear using currency earned from playing, a section where you can play classic Capcom games like Final Fight, and another section where you can play the special Extreme Mode. Best of all, if you don’t want to engage with any of the arcade cabinets and just want to get automatically pulled into a match, you can turn on ranked or casual matchmaking.

This beta sets the standard for future fighting game betas to follow.

Based on this beta, I feel extremely confident that Street Fighter 6’s full launch will truly be a monumental moment for the FGC. But not only that, this beta sets the standard for future fighting game betas to follow by including literally everything a fighting game fan could reasonably want from an early look at a highly anticipated game: a decent selection of characters, superb netcode, a separation of both ranked and casual play, a tease of what kind of progression to expect when the full game releases and even a training mode to learn how to play. The only downside is that now it’s over, and we’re all without Street Fighter 6 until either the next beta or until it releases at a still-yet-unknown date in 2023. I cannot wait.