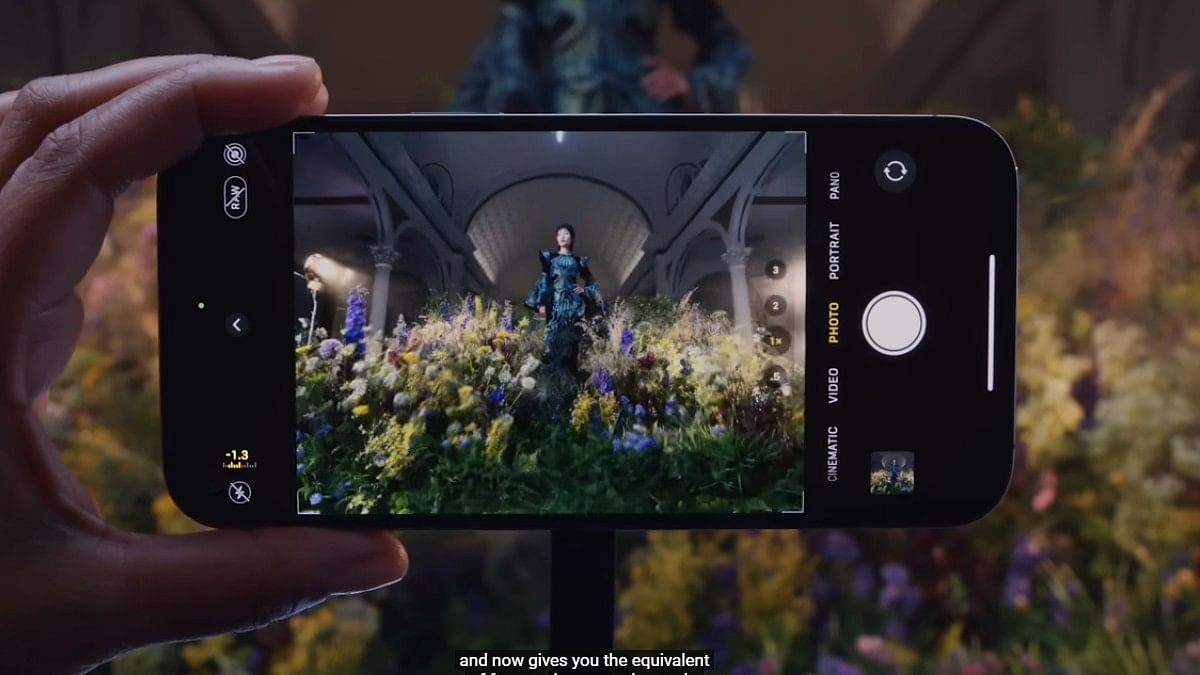 Many Indians were worried they wouldn’t be able to ask a loved one or a friend to bring them an iPhone 14 from the US because the just-launched device wouldn’t work on Indian networks. Why? Because the iPhone 14 to be sold in the US does not have the SIM card slot. The device will connect to the cellular network using an e-SIM, a technology that has been around for the last couple of years but eludes markets such as India regarding mass adoption. There are concerns this would allow Apple or carriers to lock out the phone to a particular network or region. But that could happen to phones with SIM cards as well. That’s why a carrier-unlocked version of the iPhone is also sold in markets like the US.

So the iPhone is already a pretty hard device to steal if you have a secure passcode, you’ve activated find my iPhone and Face ID is enabled. But now that it will just have the eSIM in the US – once mapped to a sim it will be very hard to steal this phone. Do you agree?

But the unlocked iPhone can still be purchased from the US.

You will even get an international warranty for it, which will be cheaper than what you will pay in India. The US model will arguably be more secure as you will be forced to use an e-SIM, software-defined SIMs prebuilt into the device activated from the iPhone’s settings interface. Airtel, Jio and Vodafone all offer e-SIM facilities integrated with the iPhone. So fret not.

Why do I stress safety? Well, for starters, the iPhone is already a problematic phone to crack for a thief. Even the old iPhone 5C from 2013 was a secure device to be cracked — something even the FBI in the US experienced when Apple refused to break into a phone retrieved from a dead terrorist. Over the years, adding features like Face ID and enhancements in Apple’s encryption has only become more challenging.

With the combination of Apple’s security protocol Secure Enclave on the A series processor, Face ID and Find My iPhone system, it is a much more secure device to break into and can be easily tracked. When you remove the SIM card tray and map a SIM via software, it makes the job even more difficult for the person trying to breach. You can map multiple SIMs via e-SIM technology on the new iPhones.

Often, what happens is that a stolen iPhone is rendered useless after the passcode is entered falsely ten times in succession. But what if the numeral passcode was as easy as 1,2,3,4, or 0,0,0,0? Then the phone can be broken into — but with iPhone 14, the person needs to break into your iCloud ID, which is most likely to have a more complex password. And add to it, a SIM card mapped to a network in the name of a particular owner will further increase the complexity.

“The growth of eSIMs will revolutionise how the connectivity across the devices will be activated and managed. The e-SIM’s compact form factor offers significant space reduction for device manufacturers and potentially higher security, re-programmability, and power efficiencies over the traditional SIM card solutions,” says Satyajit Sinha, a research analyst at Counterpoint Research, in a research paper from 2019.

As Sinha points out for Apple, the primary motivation is space saving and one less moving part, but the security benefits cannot be ignored. Of course, for security to be a thing, the telecom operators will need to do their bit on user identification. But this is the easy bit.

These user-centric features often don’t make their way to advertising campaigns. And this is what separates Apple from the rest. The iPhone 14 series also introduces “crash detection” that works due to a suite of motion sensors, a new dual-core accelerometer and a new gyroscope that can detect car crash impacts of up to 256G and automatically connect with emergency services and inform them about the exact location of the accident.

For US users, the iPhone 14 now gets satellite phone connectivity, which works despite no cellular network. Imagine you’re stranded in the middle of nowhere or perhaps have gone for a hike and want your mother to know where exactly you are via GPS. The device will sync to Find My iPhone, accessed from any Apple device or iCloud.com on the web.

But more than anything, the fact that Apple has removed the SIM card from the US models means it is testing the waters, which could mean a complete removal of the SIM tray from all iPhones in India as and when the time comes. It has already removed the SIM tray for the cellular iPads for models being sold in India.

The e-SIM technology is already being used on smartwatches like the Apple Watch or the Samsung Galaxy Watch and our four-wheelers for the connected-car functionality. It is the smartphone where the e-SIM lags, but Apple’s moves could change the status quo.

Apple being the trailblazer could pave the way for other smartphone makers to follow suit, making the theft of smartphones much more challenging across the board.

Sahil Mohan Gupta is a technology journalist based out of Delhi with over a decade of experience. He tweets @DigitallyBones. Views are personal.