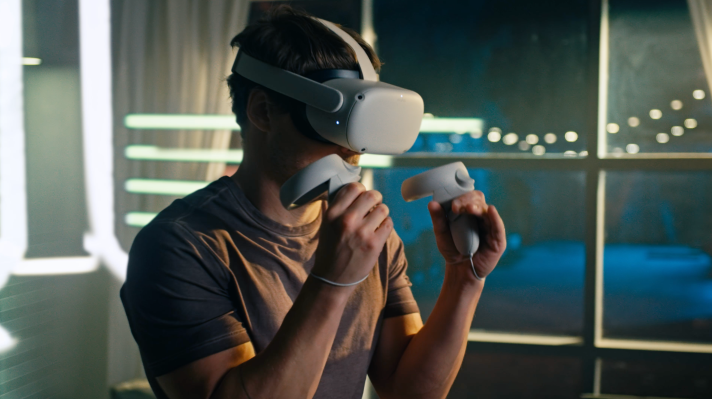 For an industry that rarely has major news anymore, this was an awfully big week for virtual reality. Unsurprisingly, all of the important data points are related to the industry’s sole benefactor these days, Meta, which managed to raise the cost of entry to its VR ecosystem, find itself in a new battle with the US government over VR, and announce that it had, again, burnt an awful lot of money on its Reality Lab efforts this quarter.

The strangest bit of news was definitely the seemingly unprecedented move for Meta to jack up the prices of the Quest 2 by $100. This is, again, a one-year-old headset that Meta has purportedly been selling at a loss in order to coax more consumers into the market. This hefty increase takes the entry price from $299 to $399 and signals that the company’s willingness to subsidize headsets into relevancy has its limits.

This price hike accompanies record inflation levels and a hostile stock market which has taken a particularly strong hatchet to Meta’s stock price. The company’s stock is now trading below where it was 5 years ago and the spending at Reality Labs has become a more pertinent concern for investors as the company’s revenue growth starts to fade.

VR and the metaverse are getting to be very expensive efforts for Meta. The company announced Wednesday that they had spent $2.8 billion on Reality Labs in Q2 alone, a number showcasing that the company’s metaverse dreams are more than just hokey marketing speak and remain a substantial financial bet with little near-term upside in an arena where plenty of big tech giants have seemed to pull back their R&D spend in recent years.

$2.8 billion of loss (spend) for Meta’s Reality Labs in Q2. That’s an entire AR/VR ecosystem’s worth of startup funding. I think if that as 300 x Series A financings, or more than 3 per day for every day in the quarter!

What’s worth recalling is why Meta pursued the strategy of selling headsets at-cost to begin with. This wasn’t the company’s initial plan, the Rift headset and its controllers retailed for nearly $800 when they launched and it was only after years of price drops that the company was able to scale sales of the device. That was, of course, a piece of hardware that necessitated a gaming PC and was one with close competitors at similar price points.

Fast forward 5 years and there may still be a handful of headsets out there, but the cornerstone of headset number growth recently has seemed to be pinned exclusively to the Quest 2 which is the lowest-cost point of entry on the market. Raising prices of tech hardware product in the middle of its lifecycle certainly suggests a fundamental miscalculation and one the company is less likely to repeat.

As the company barrels towards the release of its “Project Cambria” headset which Bloomberg has reported will be called the Quest Pro and rumors have pegged at a $1500 price point, the VR industry seems like its going to be forced to compete on the relative merits of its ecosystem and justify something closer to the true cost of its hardware for consumers. This would be a big, sudden shift for Meta to make and I question how big the audience of users for a $1,500 headset is in 2022, even one with a “professional” focus.

Meta’s efforts aren’t taking place entirely in solitude. Sony announced new details on its second-generation headset this week, and Apple has been investing heavily in a long-delayed mixed reality headset release, a device which may cost upwards of $3,000 when it is eventually released and will undoubtedly serve as an outlier in its suite of “Pro” products.

Apple seems poised to gain an advantage when it comes to acquiring new startups and products in the VR space, however. Meta’s efforts to spend big to win big in the metaverse encountered a fairly concerning challenge Wednesday when the FTC announced that they were suing to block Meta’s purchase of VR developer Within, the studio behind VR fitness app Supernatural. A block of the deal, which was reportedly for over $400 million, would be a pretty stunning rebuke of one of the VR industry’s only exit opportunities, during a stage of the industry where revenues are hard to come by and VR startups are failing to earn much investor interest.

After the better part of a decade since Facebook’s Oculus acquisition, the VR industry is still as wholly reliant on Meta’s checkbook as ever. A public market downturn is forcing an adjustment to the company’s infinite spend on the subcategory and there are clear to be plenty of second-order effects on the way.